This standard will:
— Provide an internationally acceptable standard giving the minimum requirements for fabrication of
offshore structures, installations and equipment by welding, including requirements for mechanical fastening,
testing and corrosion protection systems.
— Provide guidelines for designers, fabricators, manufacturers, suppliers, purchasers and regulators.

This DNV standard is written for world-wide application. Note: Country and local government jurisdiction regulations may
include requirements in excess of the provisions by this standard depending on the size, type, location and
intended service of an offshore unit.

Also included are the DNV’s recommendations on safe engineering practices for general use by the
offshore industry.

The requirements in this standard apply to offshore units, installations and equipment fabricated by
welding.

DNV Fabrication Certified for Lifting Equipment. DNV GL 2.7-1 and 2.7-3 are offshore fabrication certifications specifically for lifting operations while the vessel is stationary or under way.

We can fabricate any structure and any equipment to any DNV specification.

For a Complete “How To” on the DNV fabrication process, please see our explanation here: https://oceanfabricators.com/how-to-fabrication-of-dnv-certified-skids-2-7-1/ 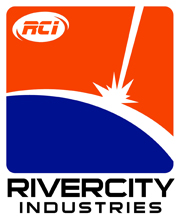